Learnings from Redis Meetup at Razorpay

Personally I haven’t extensively used redis. My limited understanding of redis would be summarized as:

Trivia: Redis is an acronym for “Remote Dictionary Server”

I attended the monthly redis meetup organized at Razorpay Bangalore on 28th July, 2018 and it introduced me to the finer details and use cases of redis along with some examples of how companies like flipkart are making an extensive use of it. Flipkart uses a tech stack of redis, kafka, Hbase, Solr in order to attain near real-time search indexing.

One of the biggest advantages redis brings to traditional memchaed is support of other data types than just Strings. It supports a wide range of data types like lists (linked), sets, hashmaps, etc. All the operations performed are atomic. This means there can never be a race condition amongst the client dealing with redis. One popular use case of redis is in maintaining leaderboard/scoreboard as the operations are fast and the latency is low even when throughput grows.

rdb tools is a gui client for redis. It runs as a GUI (web based) server and provides a sneak peek into your redis clusters with options to view and manage memory resources, a CLI environment with autocompletion (quick documentation lookup), profiler among others.

As part of the meetup we were divided in a group and were assigned a problem statement each in order to come up with a solution. (most problem sets required usage of message broker (kafka,redis), sql db, nosql db). Here are the snapshots of those problem sets for interested reader :) 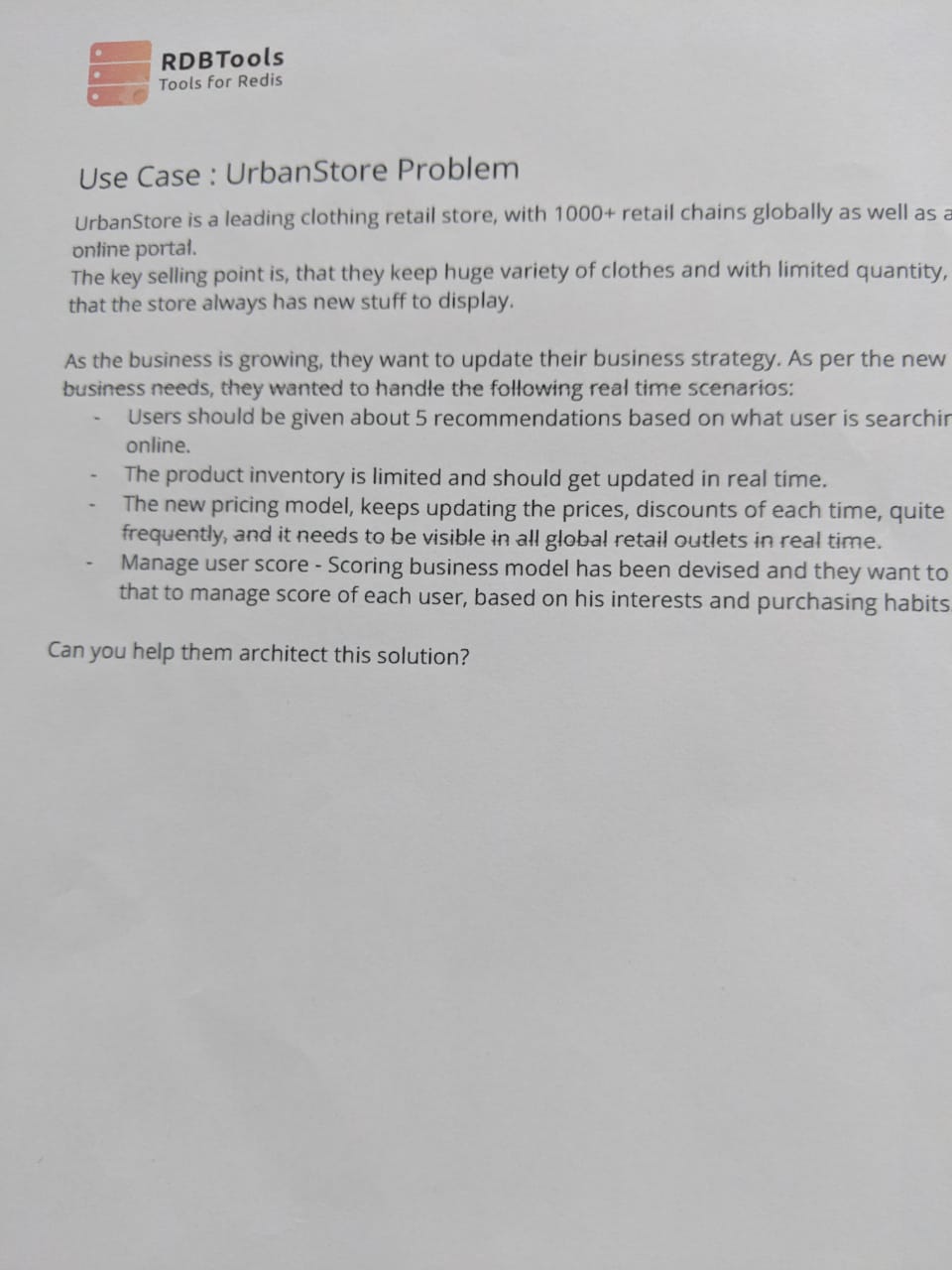 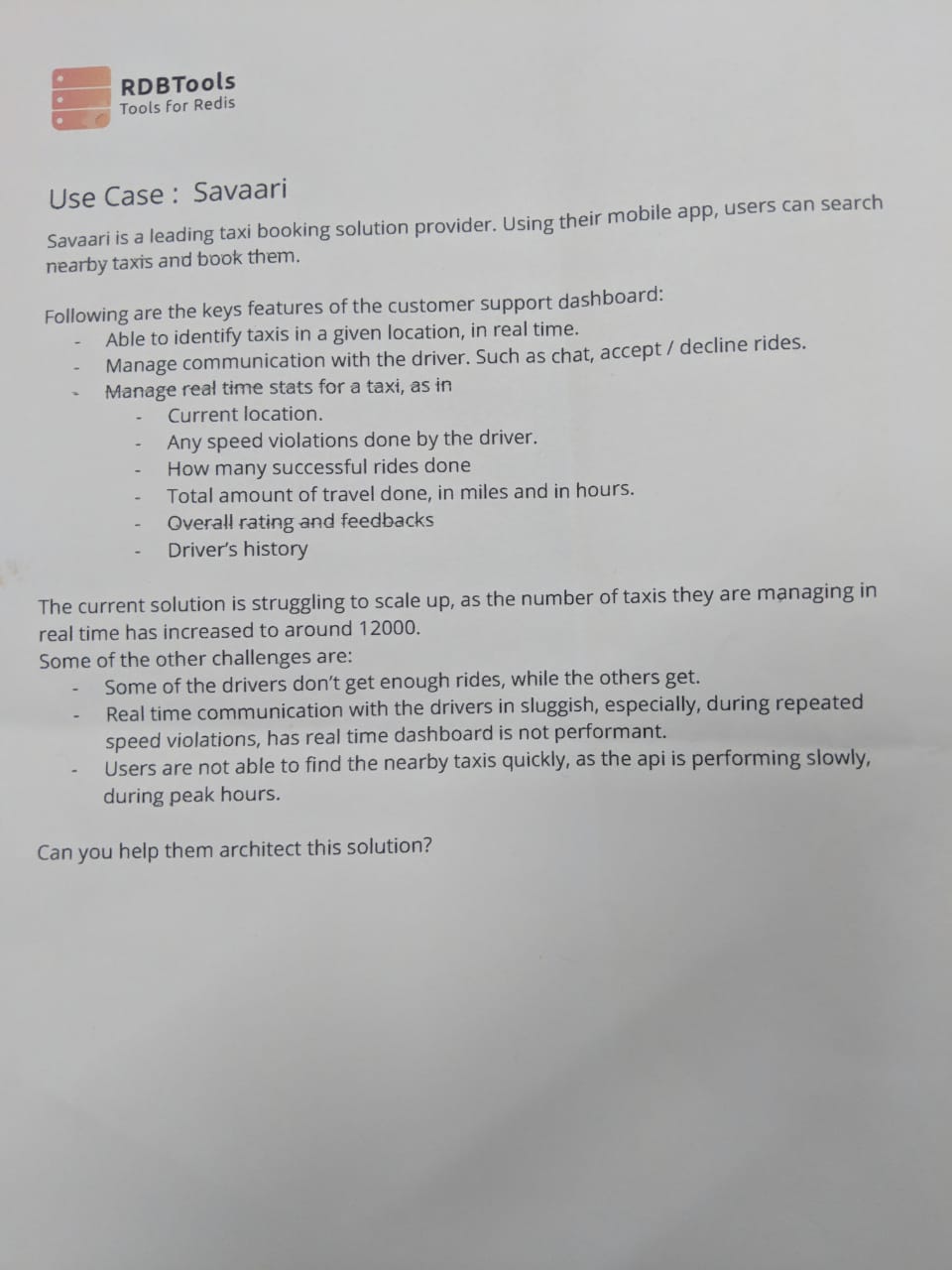 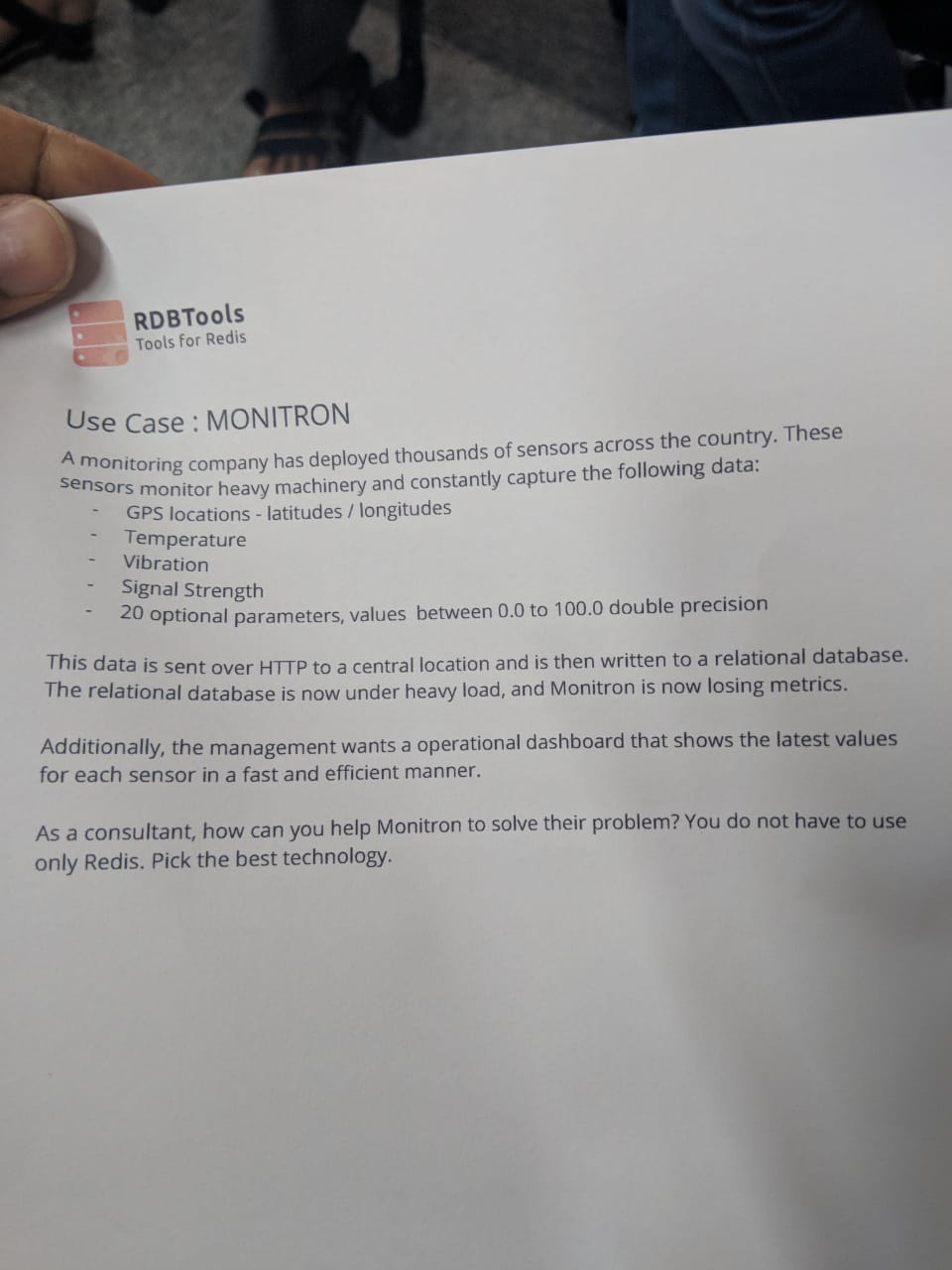