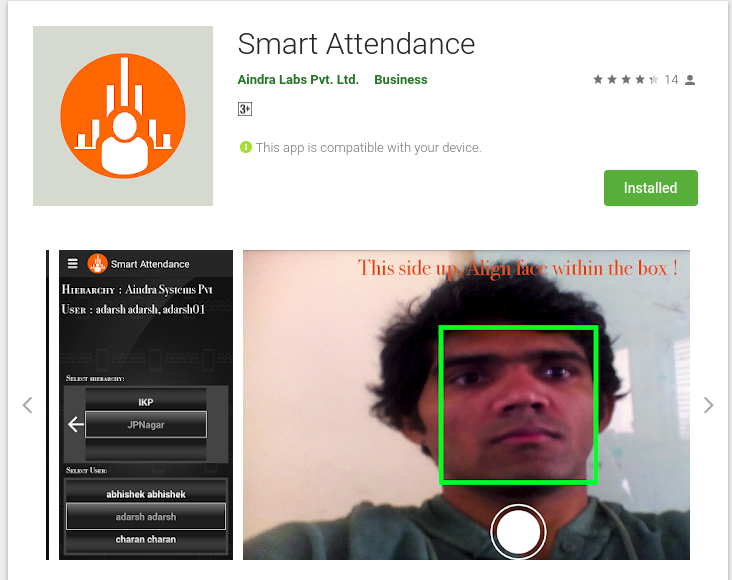 I was part of a product called smart attendance system while I worked at Aindra in Bangalore. It’s a computer vision based attendance system. I worked mainly on the mobile app which uses google vision api to detect faces and capture them which are eventually processed by the ML backend. Working on this project is what pushed my curiosity towards machine learning and the possibilities that it brings.

It’s fun as a developer when you get to integrate already existing powerful APIs into your own application. Google Maps API is the almost de-facto API used by location based applications and services. (car pooling, uber, ola, food delivery apps, etc). I recently integrated google maps reverse-geocoding functionality in the project that I am involved at.

I am serving this app over Django, which I have recently started using and it’s super awesome when you want to prototype and build things faster without worrying about minor details, convention over configuration FTW.

ROI Helper (A plugin to Icy, a bio-image-analysis tool)

ROIhelper is a plugin to help naming ROI. It adds all the names to a file and therefore whenever user wants to name another ROI he can see whether that name is already present or not. This ensures ease of naming while also avoiding spelling mistakes.